by admin
in Sports
0

82
SHARES
1.4k
VIEWS
Share on FacebookShare on TwitterShare on WhatsApp

1998 WorldCup pre-quarter match. England vs Argentina. The competition considered as a battle of equals. The scoreboard was 2-2 at the break, but England’s dominance was evident throughout the game. The game in which everyone predicted England’s victory. In the 47th minute of the second half, everything has got changed. The 23-year old boy who has been called the Wonderboy by the English has given a red card. England reduced to 10 men were dragged into defence for the rest of the time. Argentina won by (3-4). The Wonderboy became Scornboy to the English.

Then what happens to him will shock everyone…

His rise will inspire us for sure…

David Beckham- A Midfield explosion of free-kicks and bullet shorts to his opponents. He has been an epic hero of England also an epic hero to the World Clubs like Manchester United, Real Madrid. He is the one who made the number 7 well-liked and loveable amongst the football lovers even before Christiano Ronaldo.

David Beckham is born on 2nd May 1975 to Edward Alan Beckham & Sandra Georgina in Leytonstone, London. His father was an appliance repairman as well as a football coach. Beckham grew up with his family the craziest fans of Manchester United and watching matches with them at Old Trafford. Beckham used to place Manchester’s flag close to his heart and dreamt about himself playing football for Manchester United. He always used to play football through the grounds and the streets of Leytonstone. 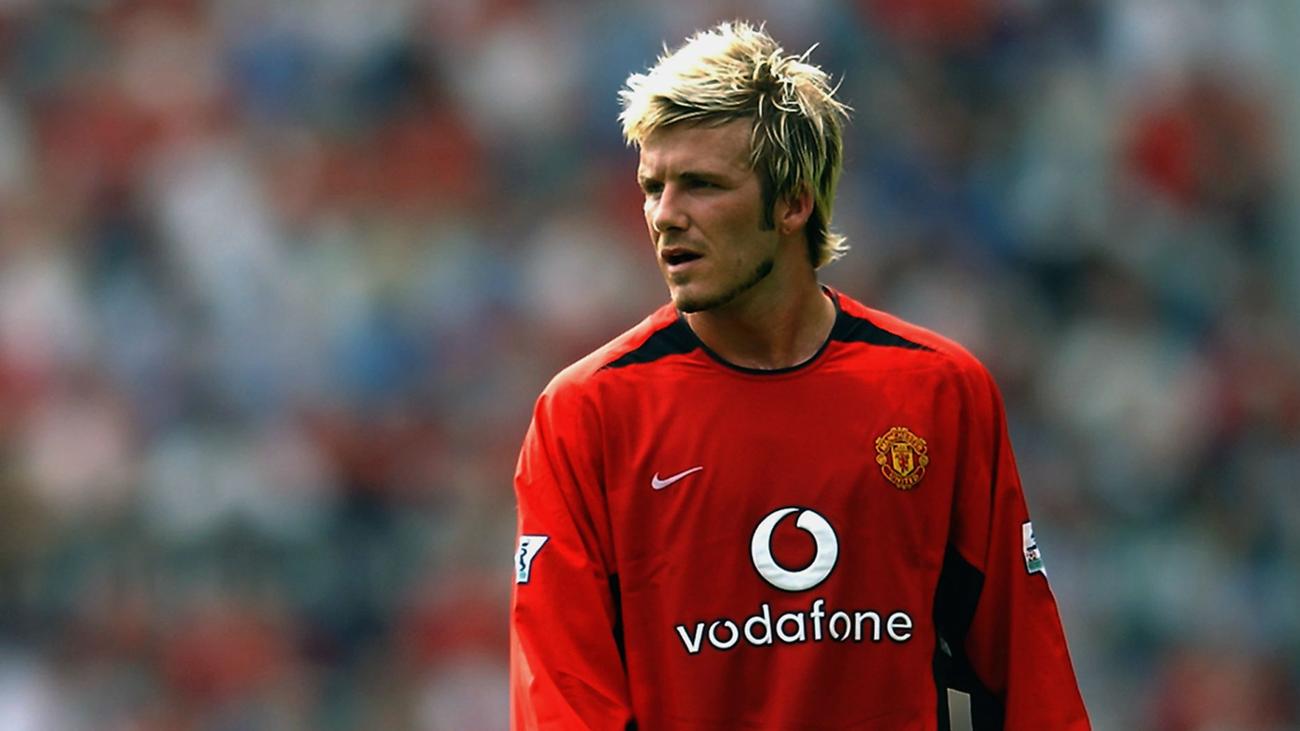 Once his teacher asked about the ambitions of every child in his class. Children started to think, Doctor, Businessman. But Beckham had nothing to think he stood up and said I want to become a well-known football player. The whole class started to laugh at him, but nothing stopped him from becoming a football player. His parents were with him with all kind of support and transferred him from that school to Bobby Charlton Soccer School. Beckham was becoming a magician of the middle row.

Beckham played his junior-level debut play for his beloved team Manchester United in 1991. His talent and passion had no boundary that made him play at the senior level within months. He made his senior-level debut at the age of 17. Also became a beloved player to his parents and the Football fans all around the world.

Beckham made miracles wearing jerseys of Manchester United. The football world hailed Beckham as the Wonderboy who can hit the opponents post with lightening speed anytime from the middle line. This talent led Beckham invited to the England team. He started to wear boots for the England team. He has got selected to the WorldCup team in 1998 at the age of 23. WorldCup-The largest sports festival in the world in which he represents his country. The English looked closely at Beckham, the boy who exploded in Midfield. Beckham was also there in front of their dream of the WorldCup. Beckham’s free-kick from 30 yards out against Colombia in the group stage boosted that confidence.

The scoreboard was 2-2 at the break in the pre-quarter match against Argentina. The game in which everyone predicted England’s victory. However, Beckham got a red card and a marching order in the 47th minute for attempting an unnecessary foul. England then reduced the game to 10 men in a penalty shootout. Argentina won by 3-4. 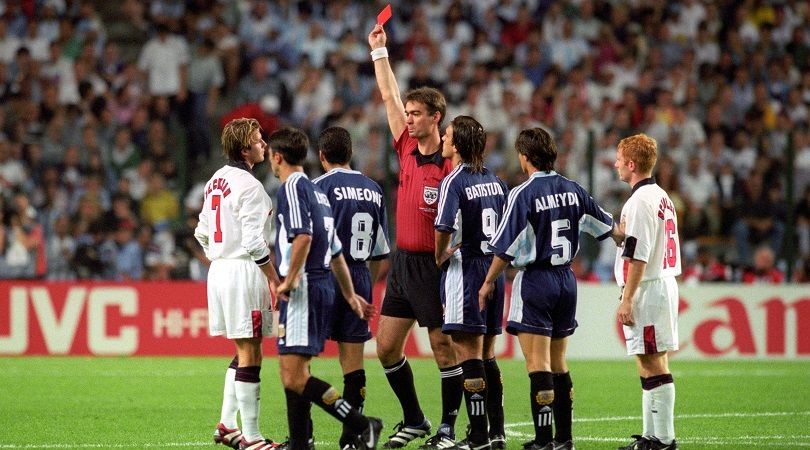 England fans and the media blamed Beckham for the defeat. The English believed that Beckham’s red card determined the course of the game. So Wonderboy became a fool for them. That was not a big mistake, but the circumstances led England knocked out of the WorldCup. Beckham has haunted by the people that he was the reason for the defeat of the country. Not only by the people but also by his thoughts. He lost his sleep.

Later, whenever he went down to play for England banners saying “You are an idiot” made Beckham even more depressed. Beckham did everything he could to forget the 47th minute he fouled. But Beckham lost faith in his ability.

But family and friends stood by him. ‘ We know only the Beckham, who is a football lover, asleep with a ball in his hand. We want you to become like that again” They supported.

Beckham joined the United team and played with all his passion and love for football.

Beckham has recalled to the English Football Association WorldCup squad. They put faith in him by giving the title of the Captain of the England team. Beckham captains the team to the 2001 WorldCup qualifiers. But no one forgot about the old mistake done by him. Beckham’s leadership got questioned by everyone.

England needs to win or draw with Greece to qualify for the WorldCup. But Greece had an indestructible defensive line and a more consistent team than England.

Greece took the lead in the 36th minute through Angelos Charisteas, but soon Sheringham Teddy fought back for England. Greece forefronted. The English Captain smelled the danger and persistently jumped into the Greek defensive line with the ball. But everything failed. Playing down to the defence the midfielder always kept the ball in front the Greece post. Finally, the referee blew the whistle. A free-kick but in inches of differences it went out. The audiences became the witness of a long list of misfortunes.

Finally, the whistle blows again in the final moments of the game. Free kicks from 7 yards out of the box. Beckham arrives to take the punt. WorldCup passes one goal away. Otherwise a return to the tragic hero status of a fool.

Beckham’s kick went up in the air and landed in the right corner of the post….. The stadium screamed…. GOAL….! 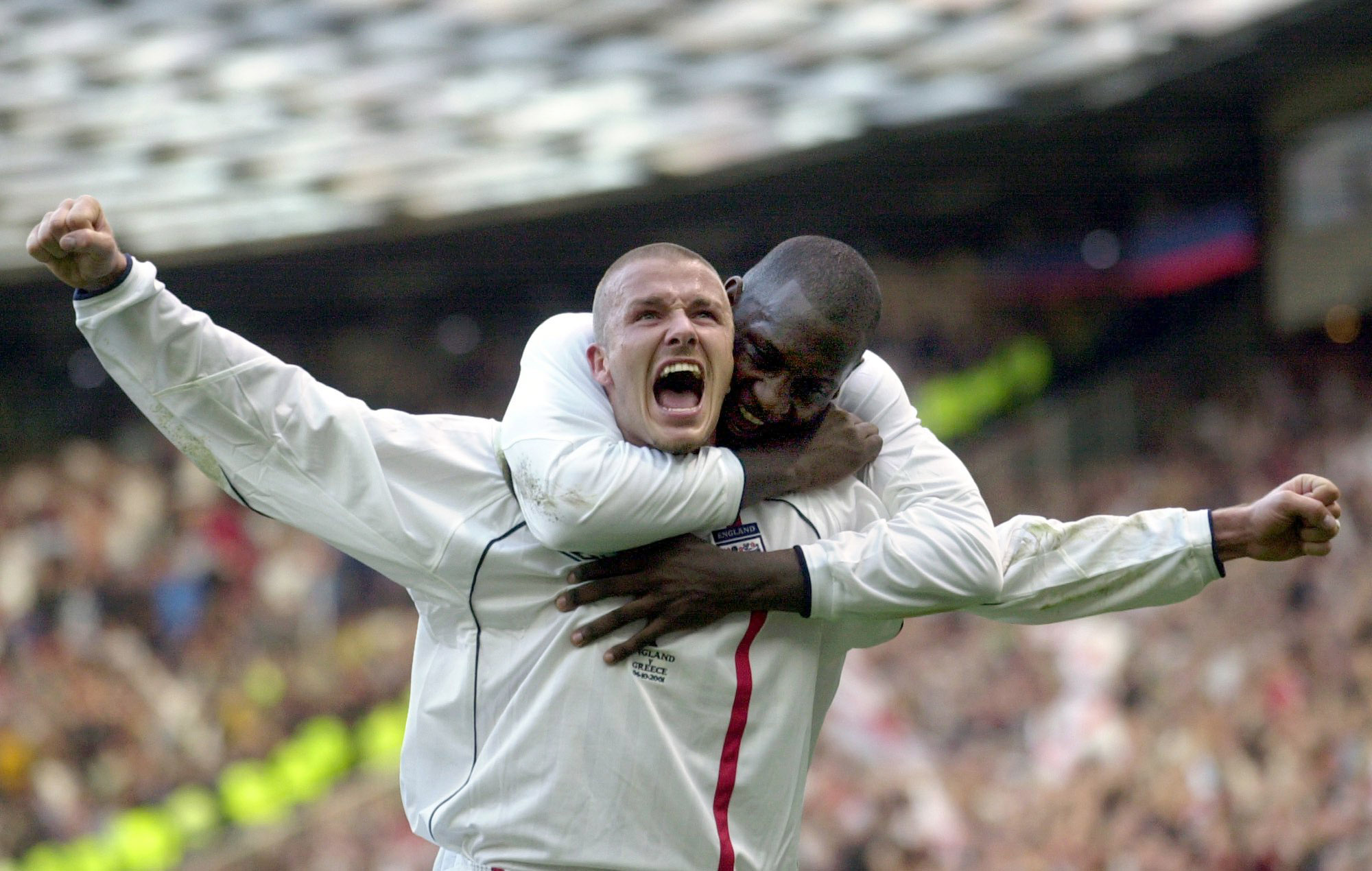 Beckham ran in front of the audience who shouted ‘you are an idiot’ at the starting. At that time Beckham was becoming the legend of England.

Beckham left Manchester United in 2003 and joined Real Madrid, which includes none other than Zidane, Ronaldo, Roberto Carlos and Figo. The amount Real Madrid paid to Beckham was a world record of that time. Beckham’s name has got inscribed amongst the other legendary players of Madrid because of his long-range rangers, free kicks and also the Midfield miracle.

Beckham won 6 Premier League titles, 1 Champions trophy, 2 FA Cups, a La Liga title and several other laurels and awards. He retired after playing his last game for PSG on 16th May 2013.

After retirement, Beckham has started a clothing brand and became active and voguish in the Modelling field.

Many years after the announcement of his retirement, Beckham topped the list of highest-earning players.